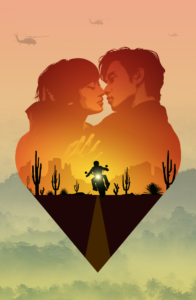 An all-American love story about two very new Americans. It’s 1975. Saigon has fallen. He lost his wife. She lost her fiancé. But now in a new land, they just might find each other. Using his uniquely infectious style The New York Times calls “culturally savvy comedy” – and skipping back and forth from the dramatic evacuation of Saigon to the here and now – playwright Qui Nguyen gets up-close-and-personal to tell the story that led to the creation of…Qui Nguyen.

“A raucous, immensely moving comedy with jazzy comic performances from an excellent cast. Qui Nguyen is clearly a playwright with an inventive mind.”
The New York Times