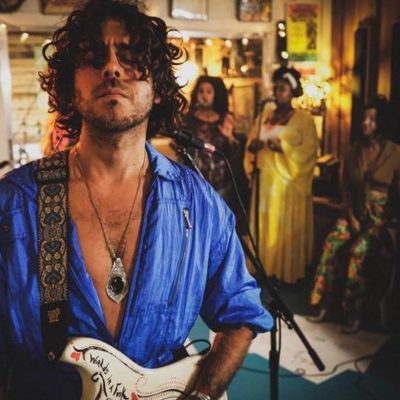 Hailing from Joshua Tree, California, Gene Evaro Jr’s sound is a mixture of soul, folk, electronic and funk. Gene Evaro Jr has the power and dexterity of Earth, Wind & Fire, and the music has the soulful craftsmanship of Stevie Wonder. Evaro can sing, play and lead in a way that brings to mind Stephen Stills or Prince. Watching Gene Evaro Jr and his band feels like you are experiencing some grand force of nature spiritually, like making love in a hurricane or testifying to the heavens in a meteor shower

From the folk magic of Paul Simon, to the crazy funk fashion of Sly & The Family Stone, to the R&B nature of Bill Withers, this old-soul artist reminds us of what it once felt like to put on a record, press play, and then relish in every word from start to finish, without missing one beat.

Ten Foot Tiger – Since it’s inception at the “For The Funk Of It” music festival, Ten Foot Tiger has adapted and evolved into one of Sacramento’s most unique bands. With a sound beyond traditional categories, they’ve found themselves absorbed into the jam-band scene, although they stand well outside that label with their catchy indie-pop like tunes. They have poignant and provocative songs as well as powerful improvisations that stem from so many genres there’s “something for everyone” says frontman Dan Green. But it is unmistakable that their exhilarating live performances make Ten Foot Tiger a must see for any music lover.