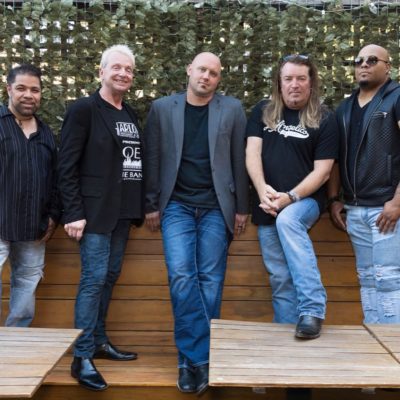 JOEL is the premier rock and roll Billy Joel cover band on the West Coast! The band performs Billy Joel’s timeless repertoire as well as original musical works! They are blazing hot and will have you on your feet rocking out. Be looking for their original CD soon to be released.

Fresh off of the national tour of Billy Joel’s Tony award-winning rock musical “Movin’ Out”, Piano Man, Kyle Martin and a group of professional musicians are creating a buzz around the Sacramento area. Forrest Hartman from the Reno Gazette – Journal says, ”Kyle Martin isn’t just good, he is spectacular!” The Modesto Bee says Kyle has a ”strong, agile voice. He made the audience happy….”

2009 was an amazing year for JOEL! Along with many press appearances on Good Day Sacramento (CW31), KQCA Channel 58, Chicago’s The Loop, and WGN, JOEL also had the distinct honor to perform with George Thorogood. JOEL also toured California and performed for many county festivals and clubs. 2010 is already looking to be a banner year for the band as they begin their national tour. Stay tuned for more! JOEL will be playing in your area soon!