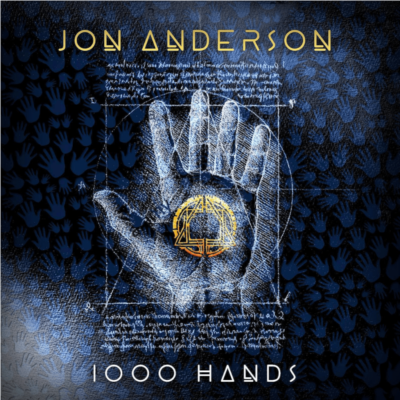 Jon Anderson is undoubtedly one of the most recognizable voices in progressive rock as the lead vocalist and creative force behind Yes. Anderson was the author and a major creative influence behind the ground-breaking album ‘Fragile’ as well as the series of epic, complex pieces such as “Awaken”, “Gates of Delirium” and especially “Close to the Edge” which were central to the band’s success. Additionally, Anderson co-authored the group’s biggest hits, including “I’ve Seen All Good People”, “Roundabout”, and “Owner Of A Lonely Heart”. In addition, Anderson had great success with a series of albums he did with Vangelis, and most recently released the critically-acclaimed solo album entitled ‘Survival and Other Stories’. Anderson, Squire, and Banks went on to form Yes, with drummer Bill Bruford and keyboardist Tony Kaye. Their eponymous debut album was released in 1969. Amongst the line-up changes (Rick Wakeman would replace Kaye in 1971 and Alan White would replace Bruford in 1972) Jon stayed with the group until 1980, and this period is now known as the classic period of Yes. Jon was a major creative force and band leader throughout the period (describing himself as the ‘team captain’ and ‘catalyst’; nicknamed by his band mates “Napoleon” for his diminutive stature and leadership of the band) and is recognized as the main instigator of the series of epics produced by Yes at the time. His role in creating such complex pieces as “Close to the Edge”, “Awaken”, and especially “The Gates of Delirium” is central, despite his limited instrumental abilities. Yes released 11 critically acclaimed albums (including one live album ‘Yessongs’ and one early compilation ‘Yesterdays’) between 1969 and 1979, including such classic titles as ‘Fragile’ (which contained the band’s first hit “Roundabout”), ‘Close To The Edge’, ‘Tales From The Topographic Oceans’, ‘Relayer’ and ‘Going For The One’.

Jon rejoined a reformed Yes in 1983, which produced their most commercially successful album ‘90125’ with newcomer Trevor Rabin. After a second album ‘Big Generator’ and several world tours, Jon departed again in 1988 over the band’s continued pursuit of major commercial success and mainstream radio play. In 1989, Anderson and other former Yes members formed the group Anderson, Bruford, Wakeman, Howe (ABWH), augmented by bassist Tony Levin who had played with drummer Bill Bruford in King Crimson. After the successful first ABWH album, a series of business deals caused ABWH to reunite with the then-current members of Yes (Squire, Rabin, White, Kaye), who had been out of the public eye while searching for a new lead singer. The resulting eight-man band assumed the name Yes, and the album ‘Union’ (1991) was assembled from various pieces of an in-progress second ABWH album as well as recordings that “Yes proper” had been working on, without Anderson. A successful tour followed, but the eight-man lineup of Yes never recorded a complete album together before splintering in 1992. Although many more personnel changes followed, Anderson would remain with the band until 2004. The ‘90125’ line-up recorded one more album in 1994 titled ‘Talk’. The ‘classic’ line-up (Anderson, Squire, Wakeman, Howe, White) reformed with ‘Keys To Ascension (1996) and ‘Keys to Ascension 2’ (1997). Wakeman was replaced by Igor Khoroshev, who was featured on ‘Open Your Eyes’ (1997) and ‘The Ladder’ (1999) along with guitarist Billy Sherwood. The album ‘Magnification’ released in 2001 marked the second album Yes recorded with an orchestra, the first being ‘A Time And A Word’ in 1970. In 2002, Rick Wakeman returned to the band to celebrate their 35th anniversary with a major worldwide tour. The band ceased to tour in 2004, partly due to health concerns regarding Anderson and Wakeman.