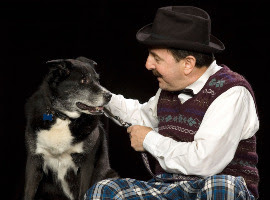 About Twelfth Night:
Shakespeare’s romantic, boisterous and poignant comedy has never felt more relevant — or more hilarious! When young Viola is shipwrecked on an unfamiliar shore, presuming her twin brother drowned in the same wreck, she must disguise herself as a man to secure a job with the local Duke Orsino. But when asked to further Orsino’s romantic interests with the powerful Olivia, she finds herself tangled in an increasingly confused love triangle. Crossed wires, cross purposes and crossed garters abound, leading to a final scene of revelations that allows almost everyone to live happily ever after…

About Shakespeare in Love:
Penniless and indebted to two demanding producers, struggling young playwright William Shakespeare is tormented by writer’s block until he meets the beautiful Viola de Lesseps, daughter of a wealthy merchant, whose fiery passion for poetry and drama leaves her secretly longing to be an actor. Both are despondent when they learn that Viola’s father has promised her to the stuffy Lord Wessex in order to gain a title for their family. Under the veil of secrecy, Will and Viola’s passionate love affair becomes the basis of the very play he is writing — Romeo and Juliet. With opening night – and the wedding day – fast approaching, the plots race toward a parallel conclusion. Will it all work out in the end or are the two star-crossed lovers destined for tragedy?