The Quireboys @ The Boardwalk 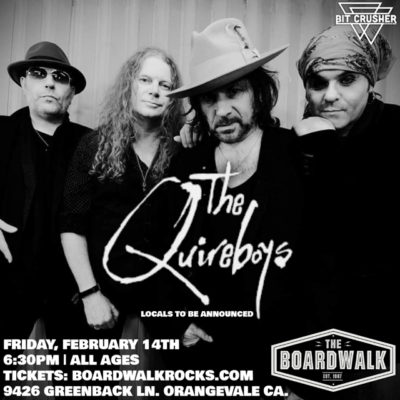 Facebook: The Quireboys, The Raskins, The Aviators, Cardboard Ringo, S.M.F.

The Quireboys is a hard rock band formed during 1984, in London, England with strong ties to Newcastle.[1] When the band formed they were originally known as The Queerboys[2] and in the United States they have been known as the London Quireboys throughout their entire career.