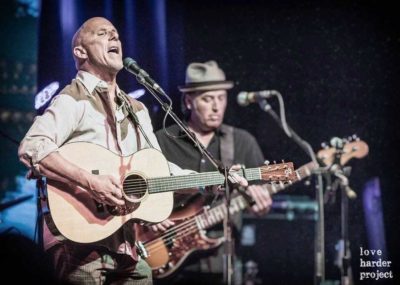 Playing with the Lunatic Fringe

To say Tim “Flan” Flannery is a baseball man is an understatement. But those who know Flan understand how much music has always meant to him. So while he is beyond proud, and certainly humble, about being part of three World Series championship San Francisco Giants teams (2010, 2012, 2014), as well as his thirty plus years in the Major Leagues and his current TV work as a baseball analyst, Tim Flannery has consistently toured and played shows in support of his original music usually backed by his amazing band, The Lunatic Fringe. The music now also serves another purpose: every cent from CD sales, merchandise, and ticket sales benefits his non-profit, the Love Harder Project, for anti-bullying and anti-violence programs across the country.
Tim Flannery is currently performing and booking dates to support his 13th album, “The Last of the Old Dogs.”