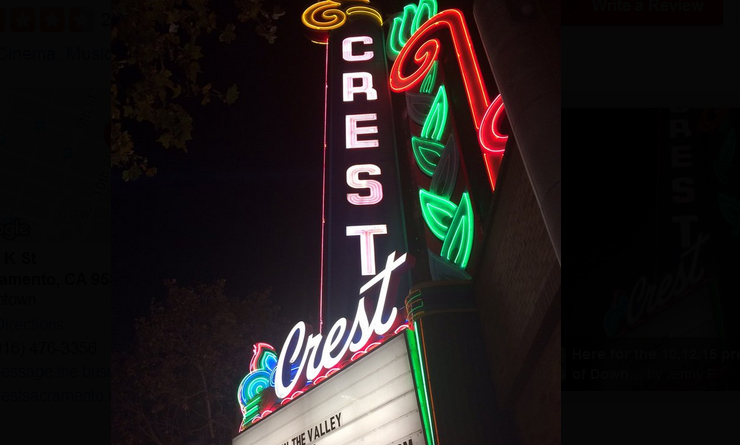 The Crest Theatre is a historic theater located in downtown Sacramento, just blocks from the State Capital and the Sacramento Convention Center.