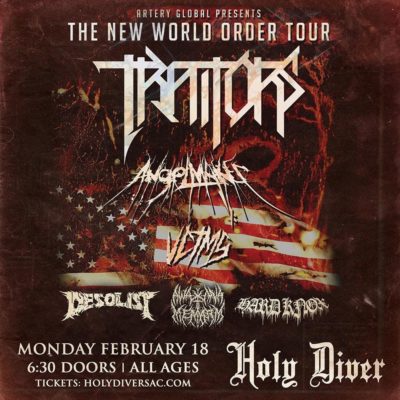 AngelMaker is a 6 piece (Melodic/Deathcore) band based out of North Vancouver, BC, Canada. All being friends from high school with the common goal of playing heavy music, we formed in 2011 released an early single and shortly after released our Debut EP ‘Decay’ in September of 2012. After the largely positive response from ‘Decay’ we teamed up with Total Deathcore and released a split EP with Isolations and Lament in May 2013. In 2017 AngelMaker won the opener spot on The Summer Slaughter Tour through online fan voting sharing the stage with The Black Dahlia Murder, Dying Fetus, The Faceless, Oceano, Origin, Rings of Saturn, and Lorna Shore.