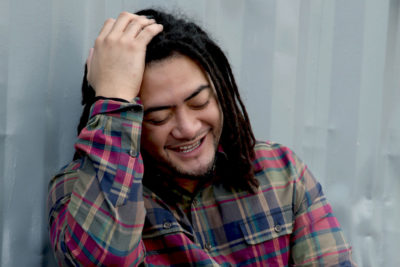 J Boog (Jerry Afemata), a reggae singer of Samoan descent was born in Long Beach and raised in Compton, CA. He is the youngest of seven brothers and one sister who come from hard working parents that relentlessly instilled a strong cultured household. Currently residing back and forth between Hawaii and California, J Boog has been working incessantly since the release of his debut album “Hear Me Roar” (2007). He followed that up with his sophomore album “Backyard Boogie” (2011) which topped the US Billboard Charts and iTunes charts in numerous countries. J Boog has shared his craft & has toured around the world: Europe, Africa, Dubai, New Zealand, Australia, The US & Japan all have felt the authenticity of J Boog. A true student of music; you can catch J Boog on worldwide tours across the globe, on radio interviews or in the studio working on new material. His humility has gained him true fans everywhere he goes while exercising, MUSIC IS THE ONLY UNIVERSAL TONGUE. Stay tuned….